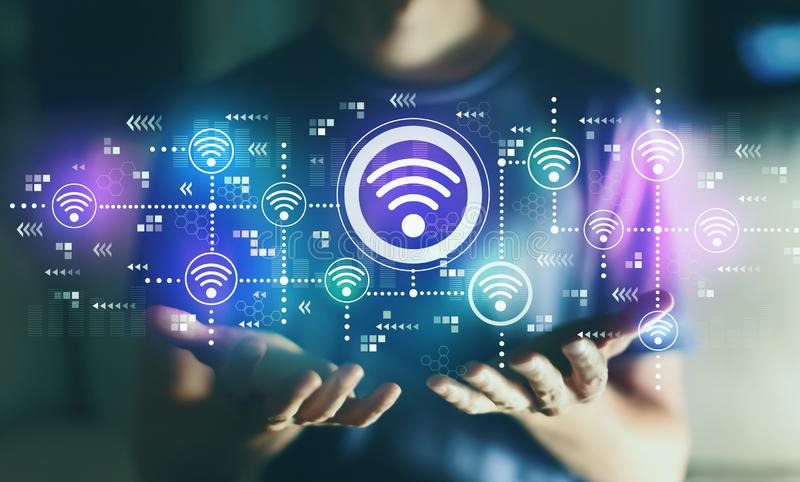 Network interruptions are a common occurrence in households when using a traditional Wi-Fi router. This is because the flow of network can get blocked by obstacles such as walls and doors around the house. Many homes resort to the installation of repeaters to boost connectivity and increase coverage, but as much as that may seem like a wise option, repeaters diminish Wi-Fi speed – adding more problems you don’t need, like buffering.

Wi-Fi interruptions should not be part of your life, not when there is a powerful and highly reliable solution like Wi-Fi Mesh. Wi-Fi Mesh was developed to completely eliminate Wi-Fi dead zones in your home or enterprise, offering you high-quality and lightning-fast internet speed. Prepare yourself to enjoy great coverage from anywhere in your home with no speed-reduction or interruption. Unlike a traditional Wi-Fi router, a Wi-Fi Mesh comprises a main router that connects directly to your modem and a series of nodes, placed around your house for full Wi-Fi coverage. Together, they form a part of a single wireless network and share the same SSID and password.

The evolution of Wi-Fi Mesh is impressive, from primarily emerging as a low-capability single router, to a repeater-modified router with massive penetrative power and now a fully capable Mesh system. In efforts to enhance the Wi-Fi technology, repeaters were incorporated to boost connectivity, but they eventually presented additional issues that tampered with the Wi-Fi speed. These repeaters also required users to manually switch from their home router’s Wi-Fi network to the repeater’s Wi-Fi network, while the Wi-Fi Mesh seamlessly connects the user to the highest network signal available with no interval, offering them the best possible coverage and seamless roaming.

The Wi-Fi Mesh system can easily be setup by anyone thanks to the smart easy-to-follow app that accompanies the device. The process is also effortless because the Mesh is only a singular network system and does not require a multi-network setup. For general installation, users can follow the instructions from the app and have their Mesh system setup and performing in minutes.

Wi-Fi 5 contributed tremendously to the advancement of Wi-Fi Mesh, with its potential to reach the speed of 9.6 Gbps. It allowed the possibility for the main nodes to simultaneously communicate with each other, ensuring that users receive fast and reliable Wi-Fi network. However, improvements were still possible, and that is when Wi-Fi 6 was introduced. A new and improved version capable of 250% more speed across multiple channels. Wi-Fi 6 has the capacity to achieve a two-way simultaneous main-node communication. Users can now receive a fully performing system with ultra-speed, no interruption and definitely no dead-zones.

For the perfect Wi-Fi Mesh solutions, visit MiRO and consult our expert team of technicians. Turn your home into a no-buffer zone with our latest networking products.